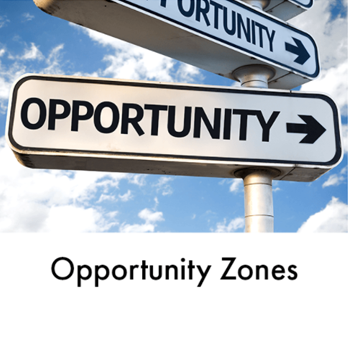 Springfield, IL –Over 300 Opportunity Zone census tract recommendations submitted by the State of Illinois, have been approved by the U.S. Treasury Department. These zones cover over 85% of the 102 counties throughout the state and aim to support the future of Illinois through economic growth and investment, by allowing investors to re-invest unrealized capital gains in designated census tracts. State Representative Tony McCombie (IL-71) is pleased to announce that four of these zones are located in counties that she represents.

“All four counties I represent had at least one community with an Opportunity Zone approved,” Rep. McCombie stated. “Being a border community with higher property taxes and higher workers compensation costs, we need extra tools to be competitive with our neighbors in Iowa, Wisconsin and Indiana. We must be creative to stay competitive and bring good paying jobs that will grow our region. I am excited to watch how these areas will utilize these Opportunity Zones to expand existing businesses, attract new businesses, and create growth in Illinois.”

The following are the tract numbers for the zones, their city, and their county:

To determine the most effective tracts for the nomination, a three-phase approach was implemented to identify need and potential, adequately represent the entire state, and account for local input. Phase one involved need-based indexing depending on factors like poverty rates, specifically those among children, unemployment rates, crime rates, and population. These standards highlight the goal of the program in Illinois which is to cultivate potential within disadvantaged communities and invest in our future generations across the state.

Phase two and three were used to further identify the allotted 327 tracts Illinois could nominate under the federal program guidelines. To ensure a statewide benefit, each county with qualifying tracts received at least one zone and towns and cities across the state were limited on the number of zones included.