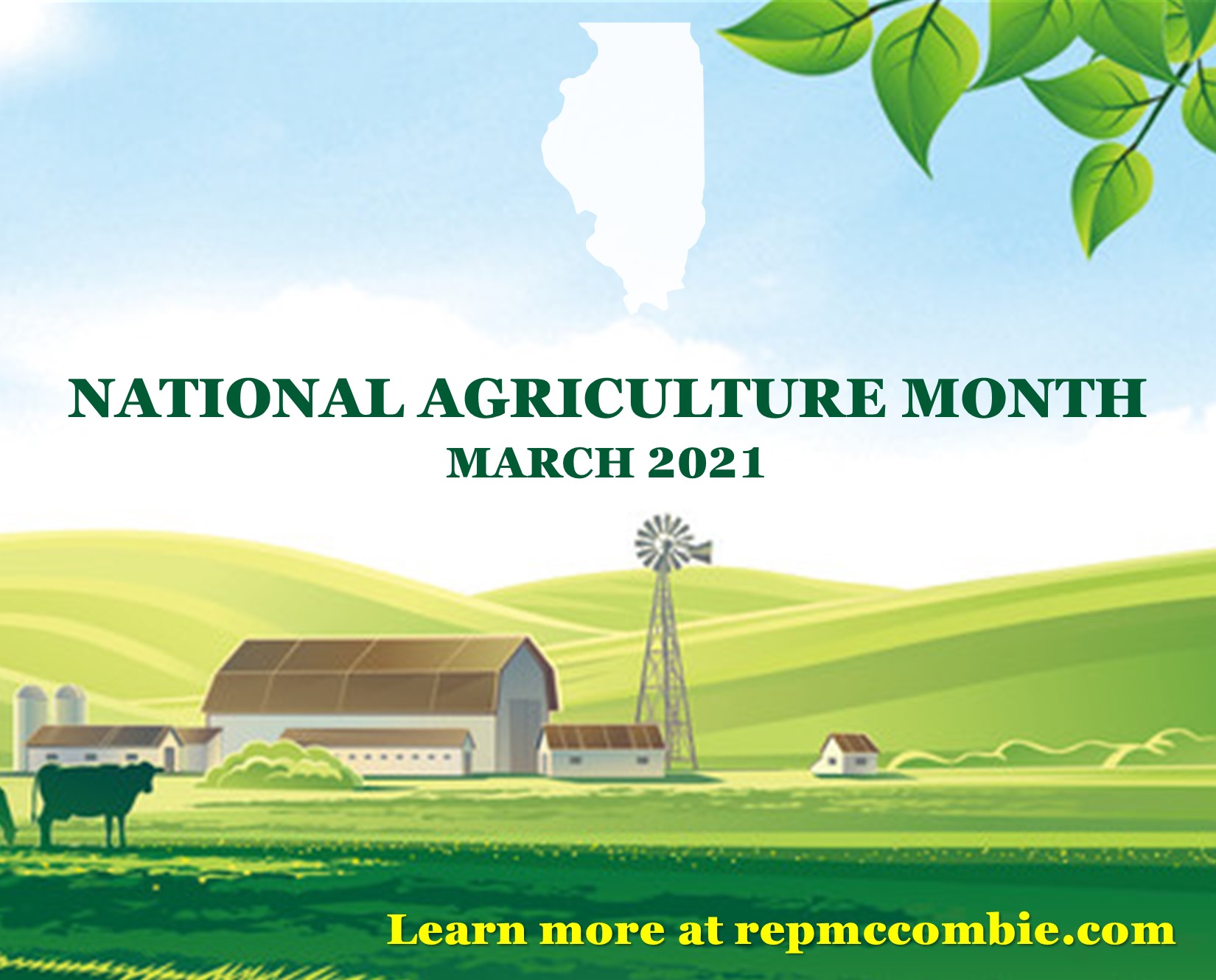 During National Agriculture Month in March, we salute our local agriculture industry. From the dedicated farmers out in the field to their hardworking suppliers of seed, feed, equipment and more, we all benefit from the fruits of their labor. The women and men in agriculture not only feed our families, they also feed our economy by diligently tending to the most valued resources. Our economy would not be the thriving success it is today without those who nurture our nation’s agricultural resources. Thanks for keeping a good thing growing!

According to the United States Department of Agriculture National Agricultural Statistics Service (USDA-NASS), as of April 2019, Illinois had 72,000 farms.  Illinois farmland covers 27 million acres — about 75 percent of the state’s total land area. The large number of farms, coupled with the diversity of commodities produced, makes it difficult to describe a typical operation. However, statistics provide some indication about what it means to farm in Illinois.

The average size of an Illinois farm, including hobby farms, is 375 acres. Most farm acreage is devoted to grain, mainly corn and soybeans. About 3 percent of Illinois farms have swine. Beef cows are found on about 22 percent of farms, while about 1 percent have dairy cows. Some farms produce specialty crops and livestock, including alfalfa, canola, nursery products, emus and fish. Many farming operations also support recreational activities such as hunting and fishing.

Marketing of Illinois’ agricultural commodities generates more than $19 billion annually. Corn accounts for 54 percent of that total. Marketing of soybeans contributes 27 percent, and the combined marketings of livestock, dairy and poultry generates 13 percent. The balance comes from sales of wheat and other crops, including fruits and vegetables.

Although Illinois’ food and fiber industry employs nearly 1 million people, there are only 75,087 farm operators, down from 164,000 in 1959. During the same time period, the average farm size more than doubled as sophisticated technology made many aspects of the industry less labor-intensive. Illinois farmers are generally more than 50 years old. Forty-nine percent hold jobs off the farm and consider farming their secondary occupation. Family farms still dominate, though some of these have incorporated.

Illinois ranks third nationally in the export of agricultural commodities with $8.2 billion worth of goods shipped to other countries. Exports from Illinois account for 6 percent of all U.S. agricultural exports. Illinois is the nation’s second leading exporter of both soybeans and feed grains and related products. Approximately 44 percent of grain produced in Illinois is sold for export.