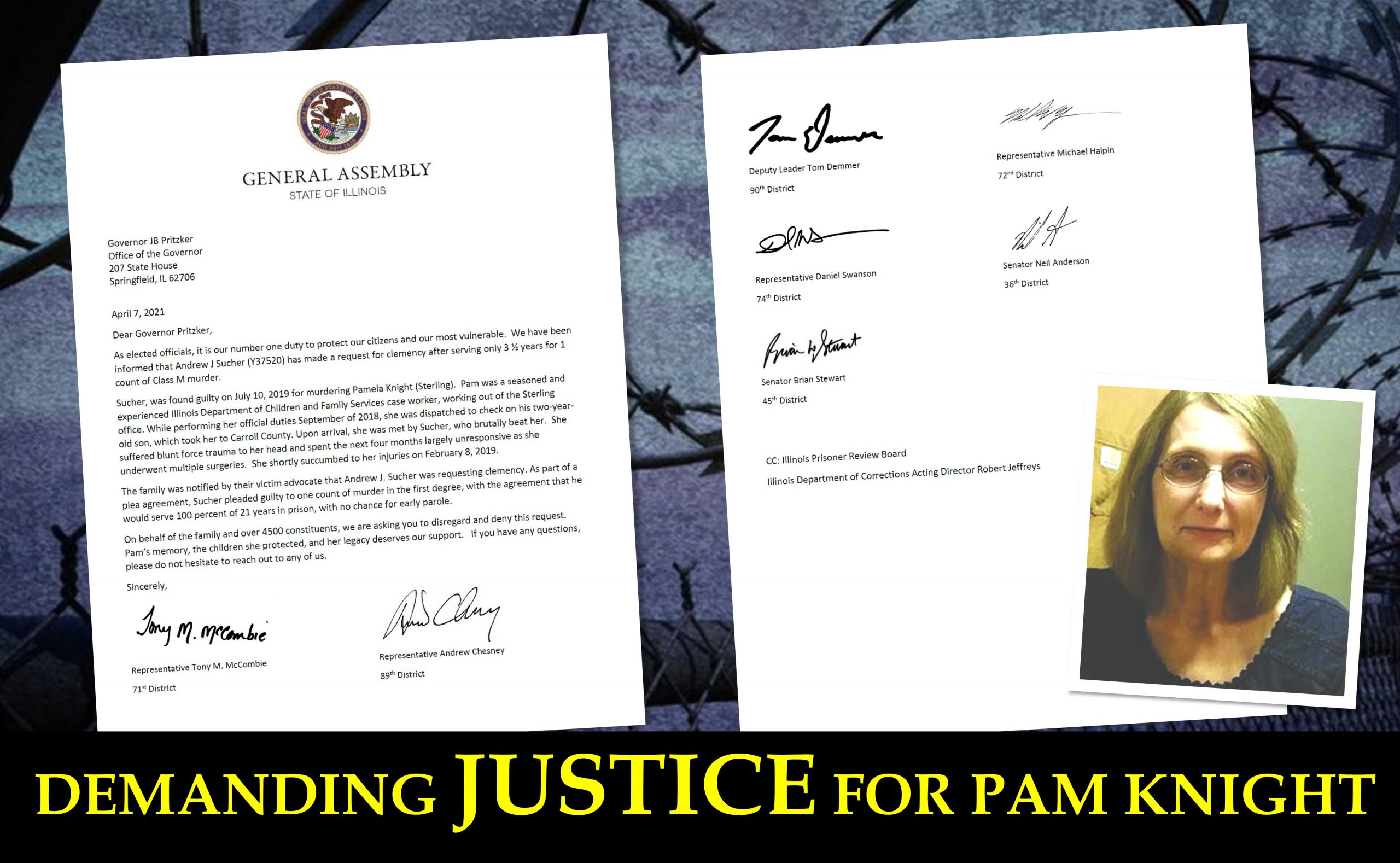 A bipartisan group of local legislators sent a letter to Governor JB Pritzker and the Illinois Prisoner Review Board strongly opposing the clemency request of Andrew J Sucher (Y37520) after he has served only 3 ½ years of a 21 year sentence for the brutal murder of Pamela Knight (Sterling).

Sucher was found guilty on July 10, 2019 of 1 count of Class M Murder. Pamela Knight was a seasoned and experienced Illinois Department of Children and Family Services (DCFS) case worker, working out of the Sterling office. While performing her official duties in September 2018, she was dispatched to check on his two-year old son, which took her to Carroll County. Upon arrival, she was met by Sucher, who brutally beat her. She suffered blunt force trauma to her head and spent the next four months largely unresponsive as she underwent multiple surgeries. She succumbed to the injuries resulting from her beating on February 8, 2019.

Knight’s family was notified by their victim advocate that Andrew Sucher was requesting clemency. As part of the plea agreement, Sucher pleaded guilty to one count of murder in the first degree under the agreement that he would serve 100 percent of 21 years in prison, with no chance for early parole.

“As elected officials, it is our number one duty to protect our citizens and our most vulnerable,” the letter from legislators starts. “On behalf of the family and over 4,500 constituents, we are asking you to disregard and deny this request. Pam’s memory, the children she protected, and her legacy deserves our support,” the letter concludes.