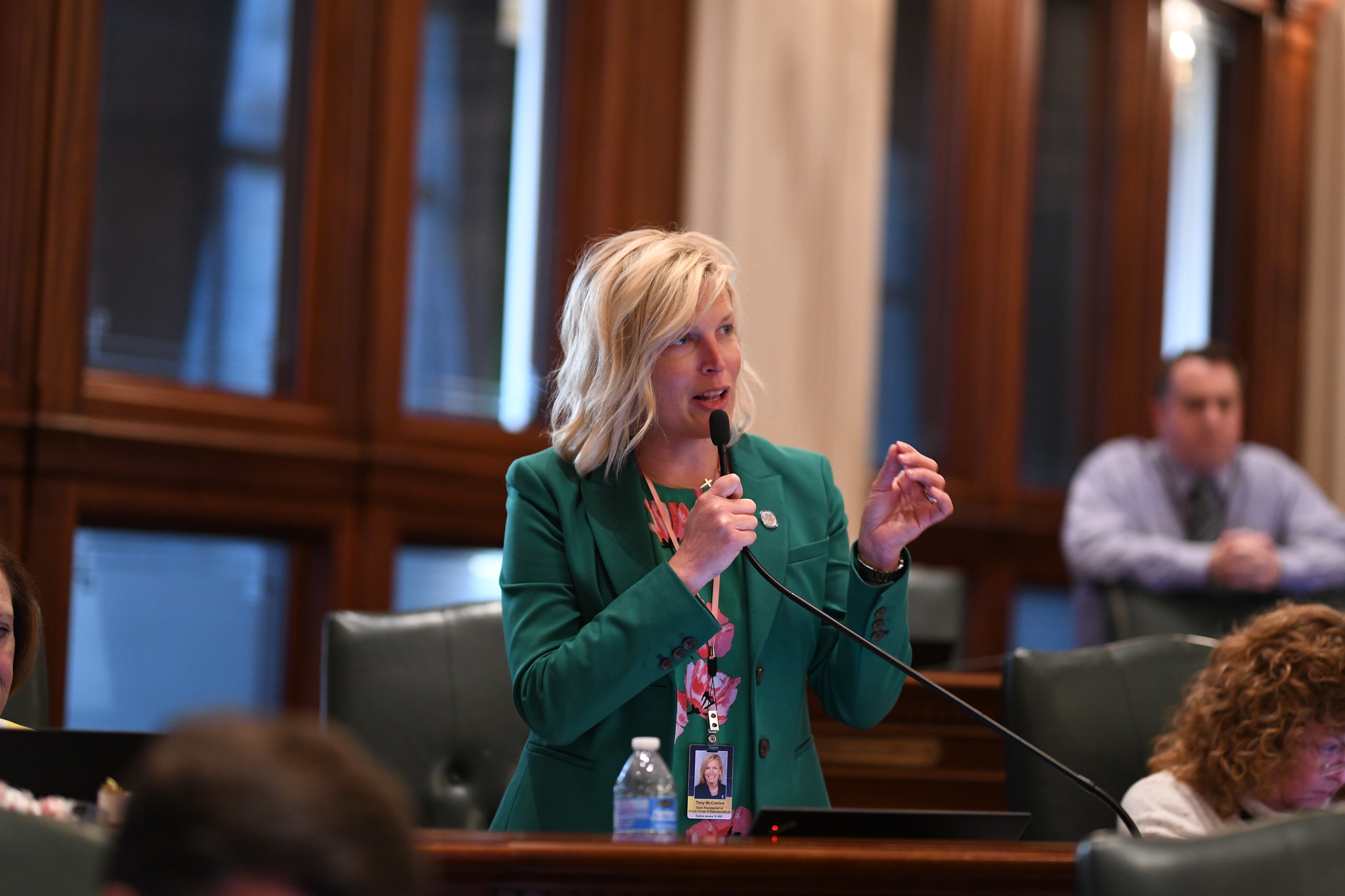 Springfield… Wednesday evening, House Democrats advanced SB 2803, which appropriates $2.7 billion in American Rescue Plan Act (ARPA) funds towards the Unemployment Insurance (UI) Trust Fund. The bill that was passed by House Democrats addresses only 60% of the $4.5 billion debt in the state has accrued in its UI Trust Fund. Illinois received $8.1 billion in ARPA funding from the federal government which is intended to mitigate the impact states experienced due to COVID-19. Republicans have been pushing for the administration to pay off the entirety of the debt the get-go because there is no more obvious of a COVID expense than unemployment. State Representative Tony McCombie had this to say in response to the vote:

“Last night’s vote was nothing more than the super-majority succumbing to their own greed. There is close to $7 billion in unexpended ARPA funds. It should go without saying that these funds should be used to pay down the entirety of the UI Trust Fund debt to avoid penalizing workers and employers. However, we again experienced another budget action by super-majority that serves their own self-interest at the expense of every worker and job creator in the state. Let’s be crystal clear, the passage of SB 2803 will result in a TAX ON JOBS. Every employer and every employee is going to be on the hook for the inaction and underfunding of the UI Trust Fund.

Instead of paying off the UI Trust Fund debt, Democrats have prioritized using over $1.5 billion ARPA funds for their own pet projects in their districts, including over $1 billion in capital projects, and Governor Pritzker appears to be more than happy to oblige. The chronic inaction by the majority party has already caused the state to accrue $42 million in interest costs on this UI Trust Fund debt – an amount that is growing daily. With last night’s vote, Governor Pritzker and the Democrats chose to tax employers, cut benefits to the unemployed worker, and stretch out this problem for years.

The COVID pandemic came with a price, a price that shouldn’t be paid for by the good people of Illinois. The very people who were forced to shut down and close their businesses or lose their job due to the executive orders of the Governor will now be on the hook for the seemingly endless poor leadership displayed by the majority party. The money is there, and the bill should be paid. Period.”