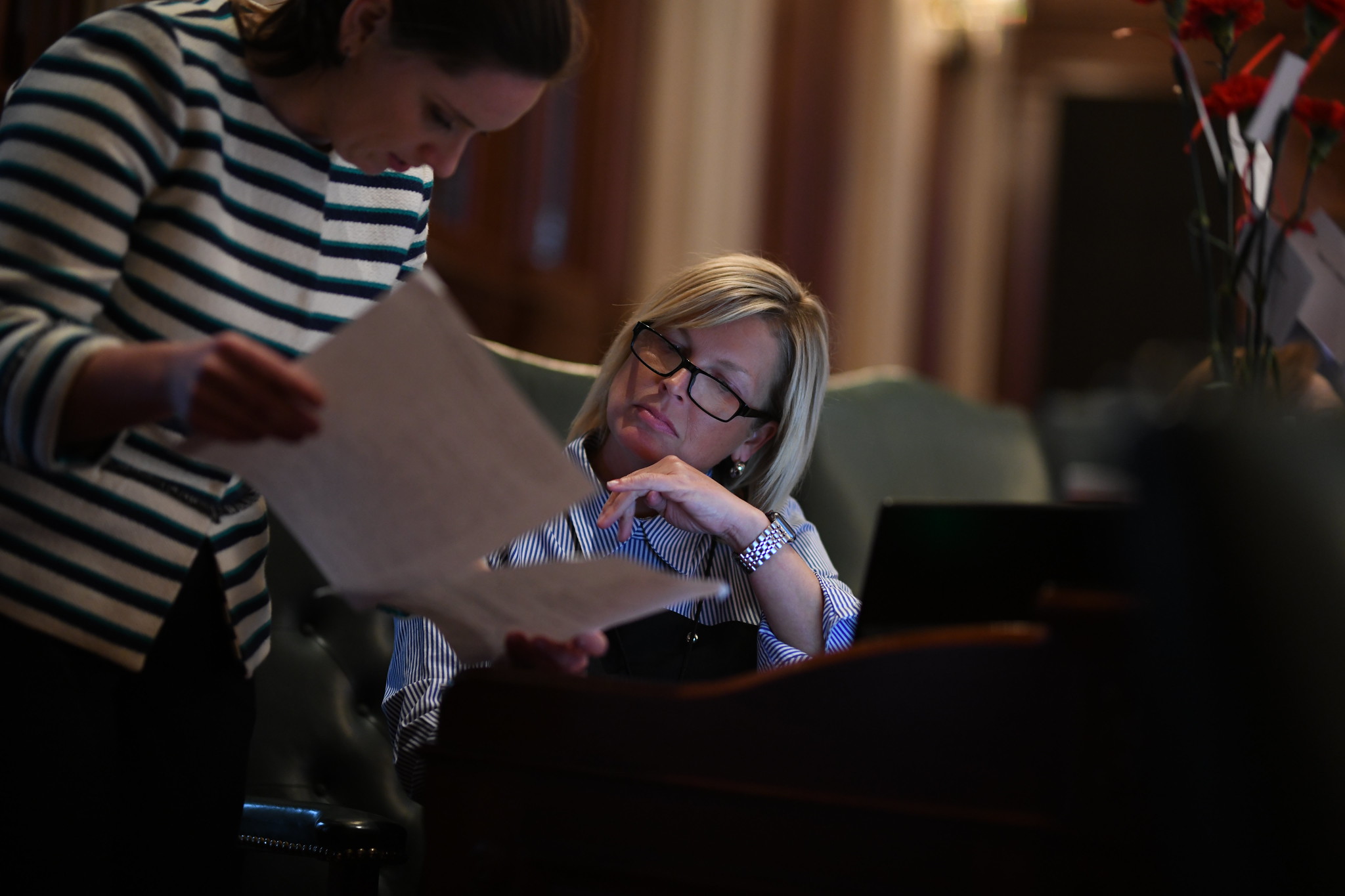 State Representative Tony McCombie (Savanna), in conjunction with colleagues from across the General Assembly, have passed several pieces of legislation to strengthen protections for front-line Department of Children and Family Service workers and their families. A longtime proponent of protecting front-line workers and offering support for their families, Rep. McCombie has been leading this effort in the years since the death of Pamela Knight, a DCFS worker from northwestern Illinois, and more recently Deidre Silas from Springfield.

Senate Bill 1486 authorizes front-line DCFS members to carry personal protection devices, such as pepper spray, for self-defense when investigating a report of child abuse or neglect if said staff member has been trained on the proper use of such personal protection spray devices by DCFS, in consultation with Illinois State Police.

“Frontline DCFS workers serve the people of this sate by protecting vulnerable children. In Illinois, it is legal for adults to carry pepper spray for personal protection, but no DCSF workers have not had that ability while on the job. This will allow them to carry pepper spray for self-defense purposes and ensure that they know how to properly use it in life-threatening situations,” said Senator Steve McClure, who helped lead this effort.

Senate Bill 3197 is a measure that ensure that the survivors of State employees killed in the line of duty shall be eligible for group health insurance regardless of if the employee was vested. The legislation also came as a result of the deaths of DCFS workers Deidre Silas and Pam Knight.

Rep. McCombie vows to continue fighting for front-line worker protections in Illinois. Bipartisan legislation to strengthen penalties against those who assault DCFS workers was not called to the floor for a vote.

“I will continue to fight for increased protections for our front-line workers, who must put themselves in emotional and sometimes volatile situations. With the Governor’s signature, we start the long overdue process of stepping up for those who serve our most vulnerable children and families in Illinois. Pam Knight and Deidre Silas deserve more from us, and we cannot ignore opportunities to do just that,” concluded Rep. McCombie.