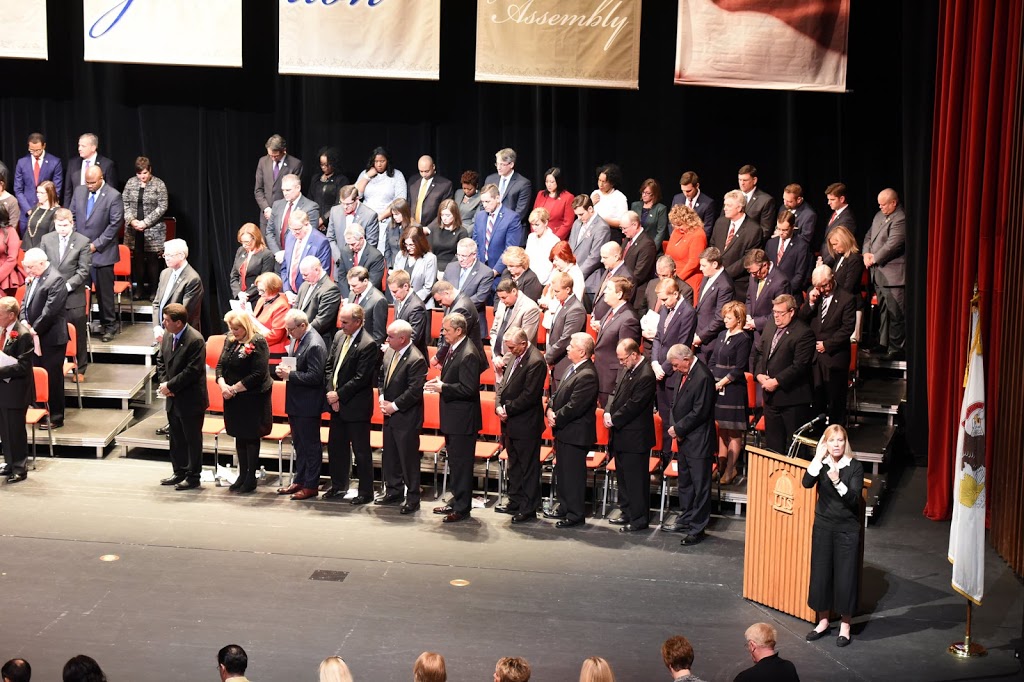 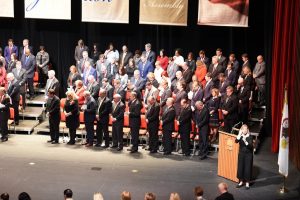 Springfield, IL – Today Tony McCombie (R-Savanna) took the official oath of office at University of Illinois at Springfield’s Sangamon Auditorium in Springfield, marking the start of the 100th General Assembly.

“I want to thank the people of the 71st District and express just how proud I am to serve them in the General Assembly,” said McCombie. “Being their voice in Springfield is a privilege and a responsibility that I do not take lightly. I have already begun reaching out to community leaders to hear the needs of the district, what issues are of the greatest concern, and how I can help solve problems for our region.”

Due to the lack of a budget, the state of Illinois is facing unprecedented challenges with day-to-day operations, a shrinking population, and continued job loss. In the face of these challenges, McCombie has prioritized economic development, education funding, and strong constituent service as her top priorities.

“As a mayor and small businesswoman, I know how to balance a budget,” McCombie continued. “Illinois needs a budget that is truly balanced while fully funding education, protecting taxpayers, and creating a climate that promotes job creation.”

McCombie was elected to serve the 71st House District this past November. The district covers parts of Carroll, Whiteside, Henry and Rock Island counties.

Representative McCombie will be opening her district office, located at 9317 IL Route 84, Savanna, IL, in January. She and her staff will also regularly hold open mobile office hours district-wide starting in Spring 2017.
###