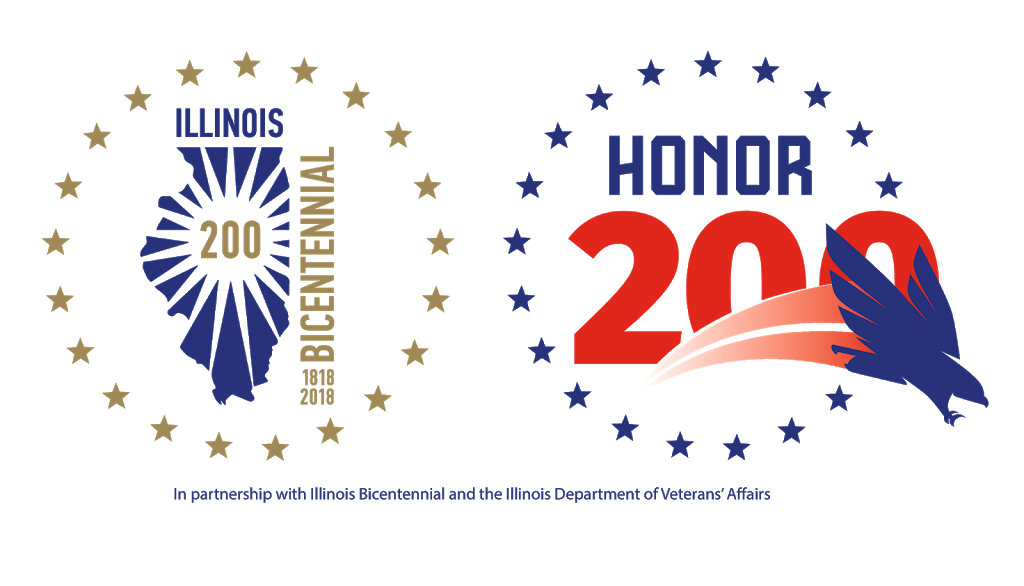 The Illinois Department of Veterans’ Affairs and the Illinois Bi-Centennial Committee will honor the work of 200 veterans from across the State of Illinois, whose contributions are above and beyond the call of duty as they dedicate their time and energy to assist their fellow veterans and service members. Nominees are evaluated based on their achievements, and on the extent to which their contributions have aided, benefited and provided inspiration to their community at large.

In Addition, nominees must have received an honorable discharge from the U.S. military and reside in Illinois.  This award has a very special meaning. It provides our state, as well as the Governor of Illinois, with an opportunity to showcase the value of community service as exemplified by our Illinois Veterans. Through their past experiences, they’ve embodied his virtue to the greatest extent.

Whether it be service to one’s country, one’s family, friends, neighbors or community, the example set by our veterans illustrates how far individuals are willing to go, to help their fellow citizens. Both on and off the battlefield, veterans exemplify the meaning of selfless service, courage, and compassion.  In this way, they are the exact role models we need in our communities!

Below are two nomination forms to use. Once completed, nominations can be sent two ways.