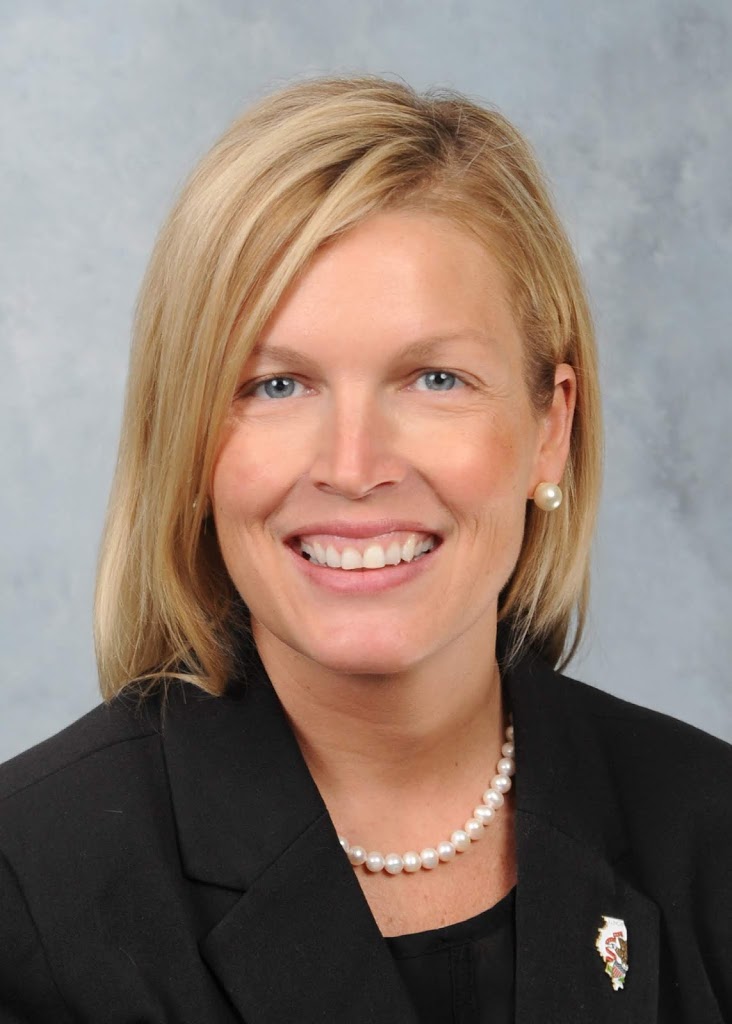 “I am thankful for the expansion and signing of this legislation. SB 3527 will encourage investors to take a look at the historical presence here in northwest Illinois,” said Rep. Tony McCombie, (Savanna). “The reforms and expansion of the River Edge Program will inspire additional investments to properties that have historically been too difficult to redevelop. Historic structures are often the core of our communities and the signing of this legislation will give communities another tool to boost economic development. I am proud to support and celebrate our history through projects that will reuse and repurpose our past.”

Gov. Bruce Rauner today signed SB 3527, a bipartisan bill improving and expanding the River Edge Redevelopment Zone (RERZ) Historic Tax Credit. The successful economic development incentive now will be available to communities statewide. “This legislation opens up millions of dollars in economic incentives in the form of tax credits for historic preservation projects throughout Illinois,” Rauner said after signing the bill at the Peoria Riverfront Museum Plaza. “It is imperative that we add jobs and fuel economic development. This bill will help Illinois achieve those goals while also preserving our past and making our state even more beautiful to visit.”

SB 3527, which passed both Houses in May, expands availability of the historic tax credits to similar projects across the state. It also adds a new Illinois Historic Preservation Tax Credit with $15 million in credits to be administered by the Historic Preservation Division of the Illinois Department of Natural Resources each year between January 2019 and December 2023.

Legislators joined business officials and leaders from Landmarks Illinois and the American Institute of Architects-Illinois in applauding the bill action, which they said will not only revitalize historic structures that are falling into disrepair, but also will spur job growth and boost tourism.

“The state has to prioritize how it uses money to fund economic development,” said Rep. Jehan Gordon-Booth, D-Peoria. “Tax credits like these help put existing buildings to good use, encourage other development in the same area and create jobs for people living in our communities. Historic preservation tax credits, which are used in many other states, help everyone, and will help many communities in the state of Illinois, in particular my hometown of Peoria.

“We have already seen how much historic preservation tax credits can help the community through the development of historic hotels, the Kickapoo Buildings and the Warehouse District,” Gordon-Booth continued. “I am excited to see how much more this tax credit can do to help revitalize other areas in Peoria, and throughout the region.”

Assistant House Minority Leader Norine K. Hammond, R-Macomb, stated, “With its proven record of success, the expansion of this tax credit will help revitalize our communities while spurring economic growth. Private investment, partnered with this new law, will allow for town squares, main streets, and historic homes to be returned to their former glory.”

“Investing in our state’s historic structures is critical to not only preserve and promote our local history, but also generates economic and community development in our region through construction jobs, permanent employment opportunities and state income tax revenue,” said Sen. Chuck Weaver, R-Peoria. “Peoria has been at the forefront of this effort. I applaud the governor for his continued support of this important tool, which will encourage the revitalization of vacant or blighted historic and riverfront property in other communities across Illinois.”

“OSF HealthCare appreciates the signing of this legislation, carried by Rep. Jehan Gordon-Booth and supported by our entire Peoria delegation,” added Robert Sehring, CEO, OSF HealthCare. “Not only does it enable our new Ministry headquarters project to move forward and save an iconic, century-old Peoria building from the wrecking ball, we anticipate this project will have a stabilizing, positive impact on Peoria and surrounding communities for years to come.”

“Our state has such a rich history, making it so important that we, as legislators, continue to do what we can to promote and protect our state’s most valued treasures,” said Sen. Pamela Althoff, R-McHenry. “I am extremely proud to have sponsored this measure which will provide financial support to those individuals and organizations seeking to keep our history alive by taking on costly preservation projects. This legislation is a vital economic development tool that will foster the reuse of historic buildings throughout the state and bring our history back to life.”

“This tax credit can be a big deal for communities across Illinois,” said Sen. Neil Anderson, R-Andalusia. “These projects can provide a real shot in the arm for a local economy, creating jobs and spurring economic growth. Revitalizing historic structures preserves Illinois history and can also boost tourism for the area.”

“I am thankful for the expansion and signing of this legislation. SB 3527 will encourage investors to take a look at the historical presence here in northwest Illinois,” said Rep. Tony McCombie, (Savanna). “The reforms and expansion of the River Edge Program will inspire additional investments to properties that have historically been too difficult to redevelop. Historic structures are often the core of our communities and the signing of this legislation will give communities another tool to boost economic development. I am proud to support and celebrate our history through projects that will reuse and repurpose our past.”

Landmarks Illinois and the American Institute of Architects-Illinois have long supported the RERZ and historic preservation tax credit bills.

“Landmarks Illinois commends Gov. Rauner and the Illinois General Assembly for improving and expanding a proven tool to incent private investors to improve our downtowns and neighborhoods statewide,” said Bonnie McDonald, president and CEO of Landmarks Illinois. “Illinois joins 30 other states in using its leverage to empower developers to revitalize historic buildings, all with no taxpayer risk. The results are incredible: vacant properties reborn as retail destinations or attractive housing, jobs created and sustained, tax rolls replenished, and our history preserved.”

“Our coalition of architects and advocates championed the effectiveness of historic tax credits as a proven economic and community development incentive,” said Mike Waldinger, executive vice president of AIA Illinois. “It is so gratifying to see those efforts finally succeed, and we look forward to the transformative projects to come.”