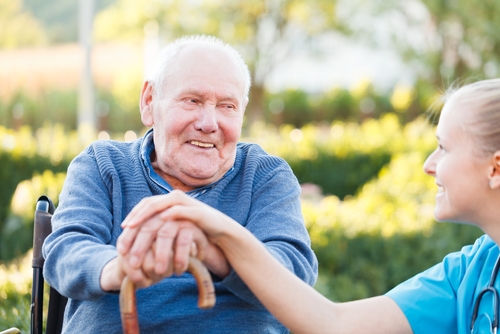 McCombie sponsored the legislation to grant a general and senior homestead exemption to residents in facilities like Friendship Manor in Rock Island, saving a resident about $1,100 per year.

“Our seniors deserve all the benefits they would receive in their home even if they are living in a life care facility,” said Rep. Tony McCombie. “Under the provisions of this legislation, the eligible individual’s bill from a life care facility would be reduced by the amount of the exemption they receive.”

“On behalf of our board, our staff, and most importantly, our residents, I would like to thank Governor Rauner for clarifying the law that our residents are entitled to receive the homestead property tax exemption. I also want to thank Senator Neil Anderson for sponsoring SB 3093 in the Senate, and Representative Tony McCombie for promoting the Bill to the Illinois House of Representatives,” said Ted Pappas, Jr., President and CEO of Friendship Manor.