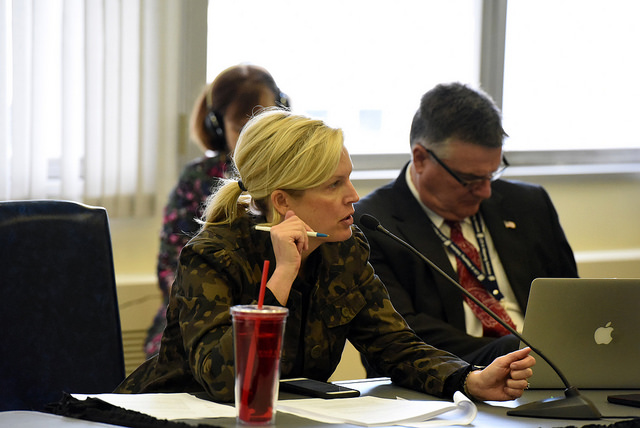 State Representative Tony McCombie (Savanna), has signed on to co-sponsor House Resolution 153 today, legislation stating opposition to any measure that would allow for the creation of a graduated income tax on Illinois residents.

“If my colleagues on the other side of the aisle are serious about helping the middle class, we need to take a serious look at our regressive property tax system.  Property taxes are rising year after year, making it more difficult for working families to make ends meet and further driving jobs and opportunity across the border. If the Governor and his allies in the legislature are serious about taking a bipartisan approach to increase funding for K-12 education in Illinois, then let’s work together to enact meaningful reform that will lower property taxes and pass reforms on workers comp and the sales tax to help spur middle class growth. The Graduated Income Tax is just another misguided ‘fix’ that will put Illinois further behind.”

All 44 members of the Illinois House Republican Caucus are co-sponsors of HR 153.