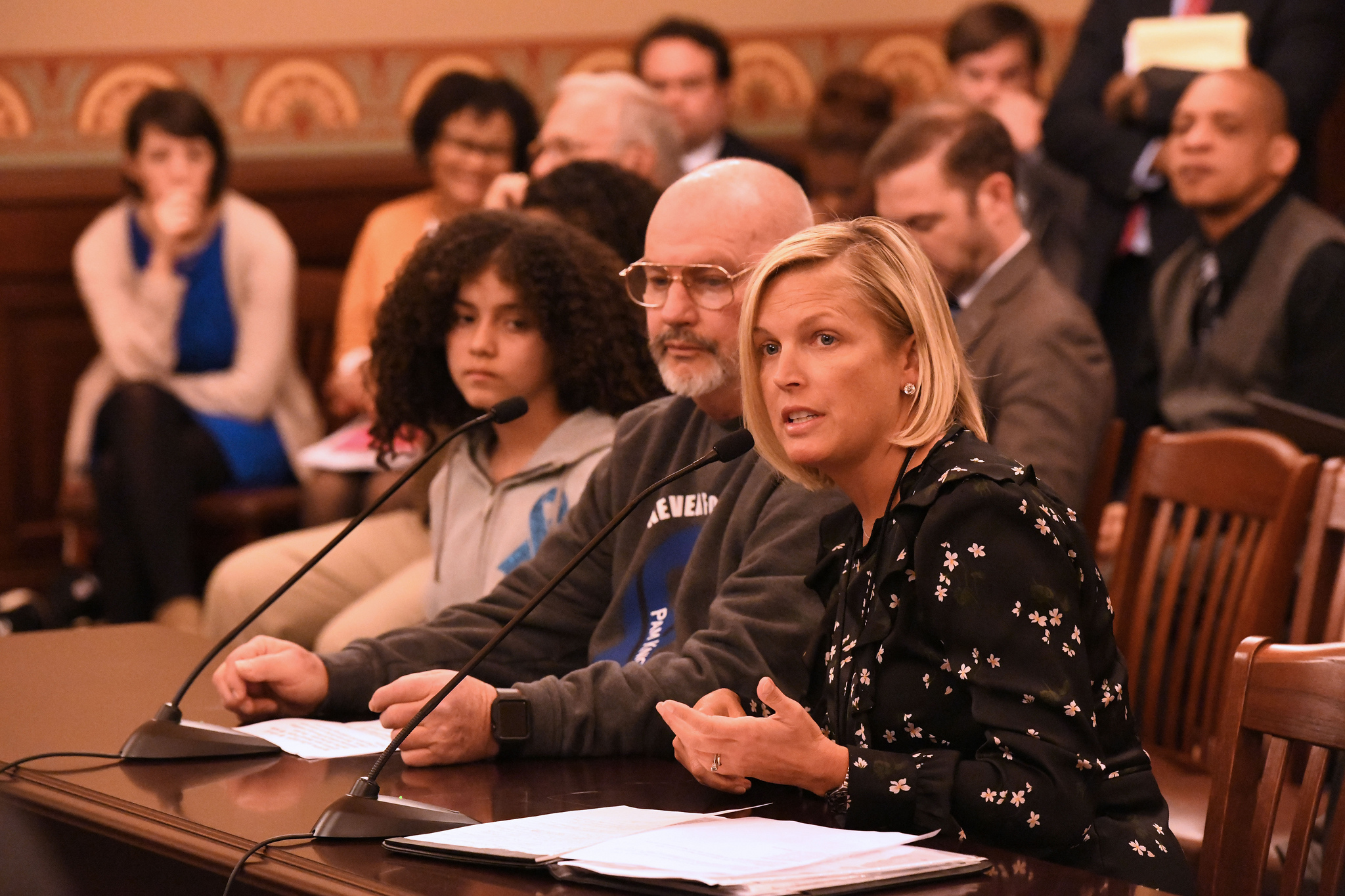 HB 1482 adds protections to DCFS and Adult Protective Service employees from assault, the same protections applied to teachers, police/fire, and other emergency responders who protect those in harm’s way.

“This is a public safety bill that closes a loophole to protect DCFS and adult protective service workers. The loophole was discovered when DCFS worker Pam Knight was brutally beaten, and ultimately succumbed to her injuries,” said Rep. McCombie. “This bill was a long-time coming for Pam Knight’s family and our front line workers in DCFS and Adult Protective Services.”

Attacks against state workers who protect our most vulnerable are unfortunately common – with more than a dozen attacks taking place since 2013. This legislation essentially closes a loophole in the law that omitted DCFS and Department of Aging workers from those harsher penalties that are applied when other public servants are attacked.

“I was married to my wife, Pam Knight for 32 years. She was assaulted while performing a welfare check on September 29, 2017, while trying to make sure a two-year-old child was safe from harm. As a result of that brutal assault she died on February 8 of 2018,” said Don Knight, Pam Knight’s widower. “Existing law in Illinois protects many first responders. Attacking a social worker that is ensuring a child’s safety should have the same protections. Please send a message to child welfare workers that their safety matters and their lives matter. Thank you.”

HB1482 will now move to the Illinois State Senate for consideration where Sen. Brian Stewart (Freeport) has pre-filed to sponsor the legislation.