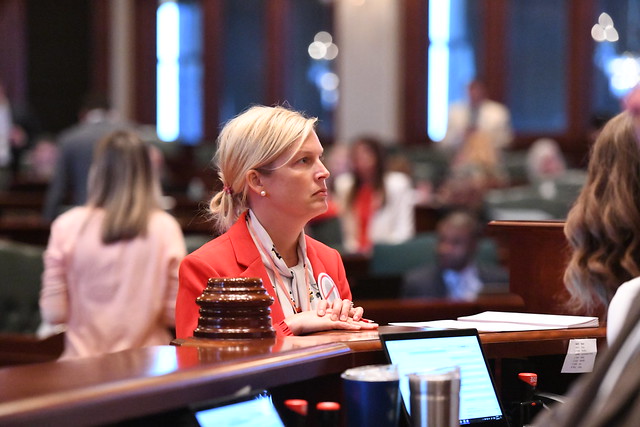 State Representative Tony McCombie has been chosen as one of forty-one emerging leaders from throughout Illinois to the 2019 Class of Edgar Fellows.  Known for its prestigious reputation for stimulating cooperation across regional, political and ethnic lines, the Edgar Fellows program is a highly selective leadership seminar that accepts only the most qualified emerging leaders in Illinois each year.

“It is truly an honor to be chosen to participate in the Edgar Fellows Program,” said Representative McCombie.  “This is a valuable opportunity to engage with and grow alongside Illinois’ brightest young leaders. Together, we can bridge the partisan and geographic divide that too often separates Illinoisans from each other. There is no limit to what we can achieve as a state when we work together to lift up the families and values of every community we represent.”

Spearheaded by former Illinois Governor Jim Edgar, the Edgar Fellows program is designed to influence attitudes and foster mutual understanding. It fosters the goal of facilitating bipartisan and cross-regional cooperation as class participants assume more influential public leadership roles. Fellows include elected and appointed officials from all levels of government, as well as Illinoisans who have distinguished themselves in the business world and civic affairs.

This year’s class of Edgar Fellows will gather August 4-8 in Champaign for an extensive and focused executive training program hosted by Governor Edgar and the University of Illinois Institute of Government and Public Affairs (IGPA). The Fellows will engage with each other and with experienced practitioners and scholars in major policy areas such as health care, education and economic development. The Edgar Fellows program is currently in its eighth year.