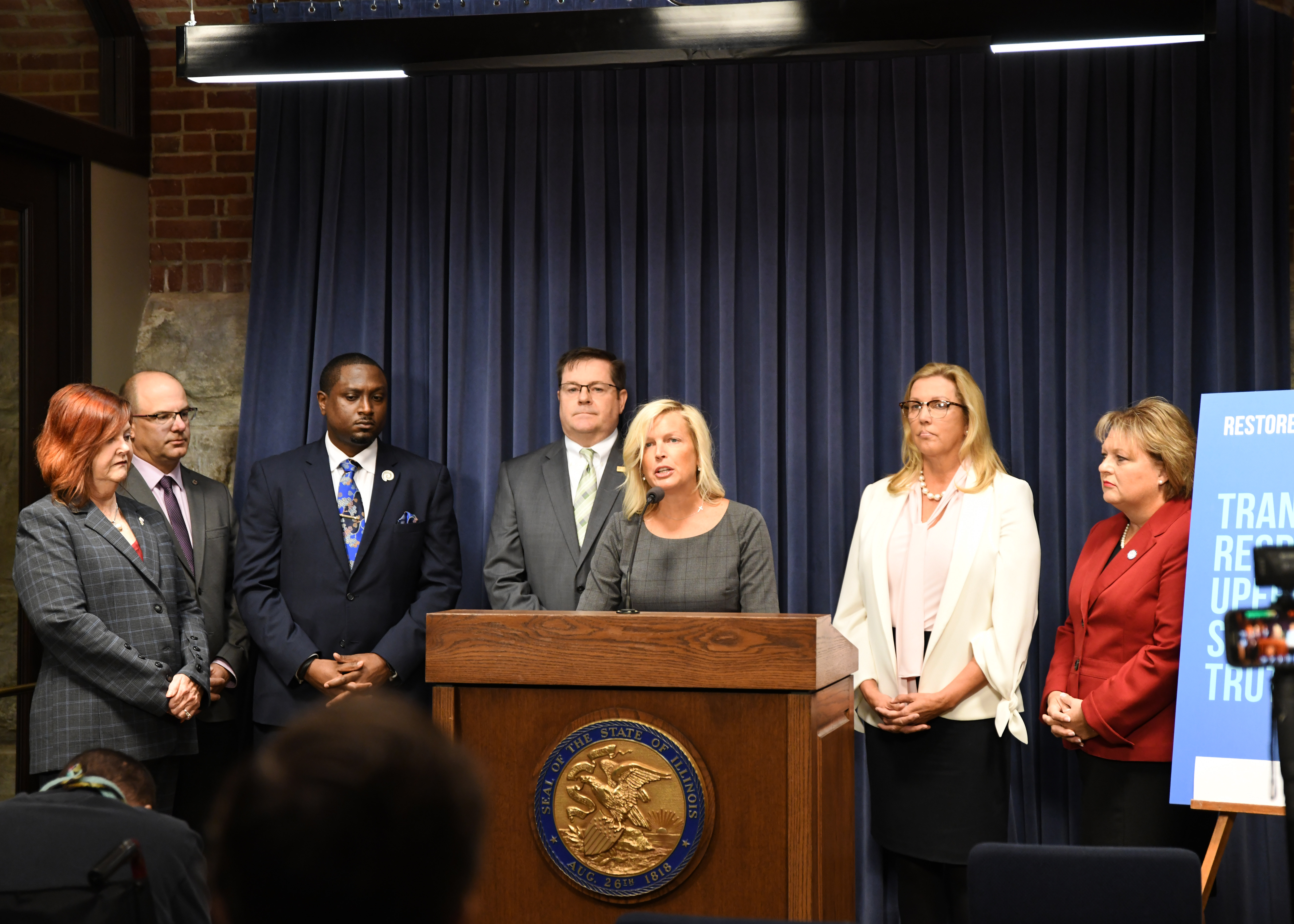 In the wake of ongoing federal investigations surrounding state and municipal governments, state lawmakers announced legislation today creating an Ethics Reform Task Force. The Task Force will assess current laws, study best practices, and propose legislation to ensure Illinois has among the most stringent ethics laws in the nation.

“There are too many lapses to ignore. Structural deficiencies require the General Assembly to take action together on behalf of those we serve,” said State Representative Tony McCombie. “To not move this resolution forward is to embrace the status quo. We must begin the process of restoring the public’s trust by passing this resolution before the end of Veto Session.”

“Illinois has long had severe problems with ethical lapses in government,” said State Senator Sue Rezin. “Corruption is costing hard-working taxpayers too much, and tougher laws to prevent this are long overdue in our state. This ethics task force is essential to sorting out what exactly our state needs to reform to make corruption more difficult to undertake, and easier to detect and prosecute.”

The Task Force will be comprised of nine members: Member of the Governor’s Staff or the Lt. Governor and two legislative members appointed by each caucus leader. The Task Force has a limited time frame to accomplish its work, with findings and a final report recommending legislative changes to the Governor and General Assembly due within ninety days following passage of this joint resolution.