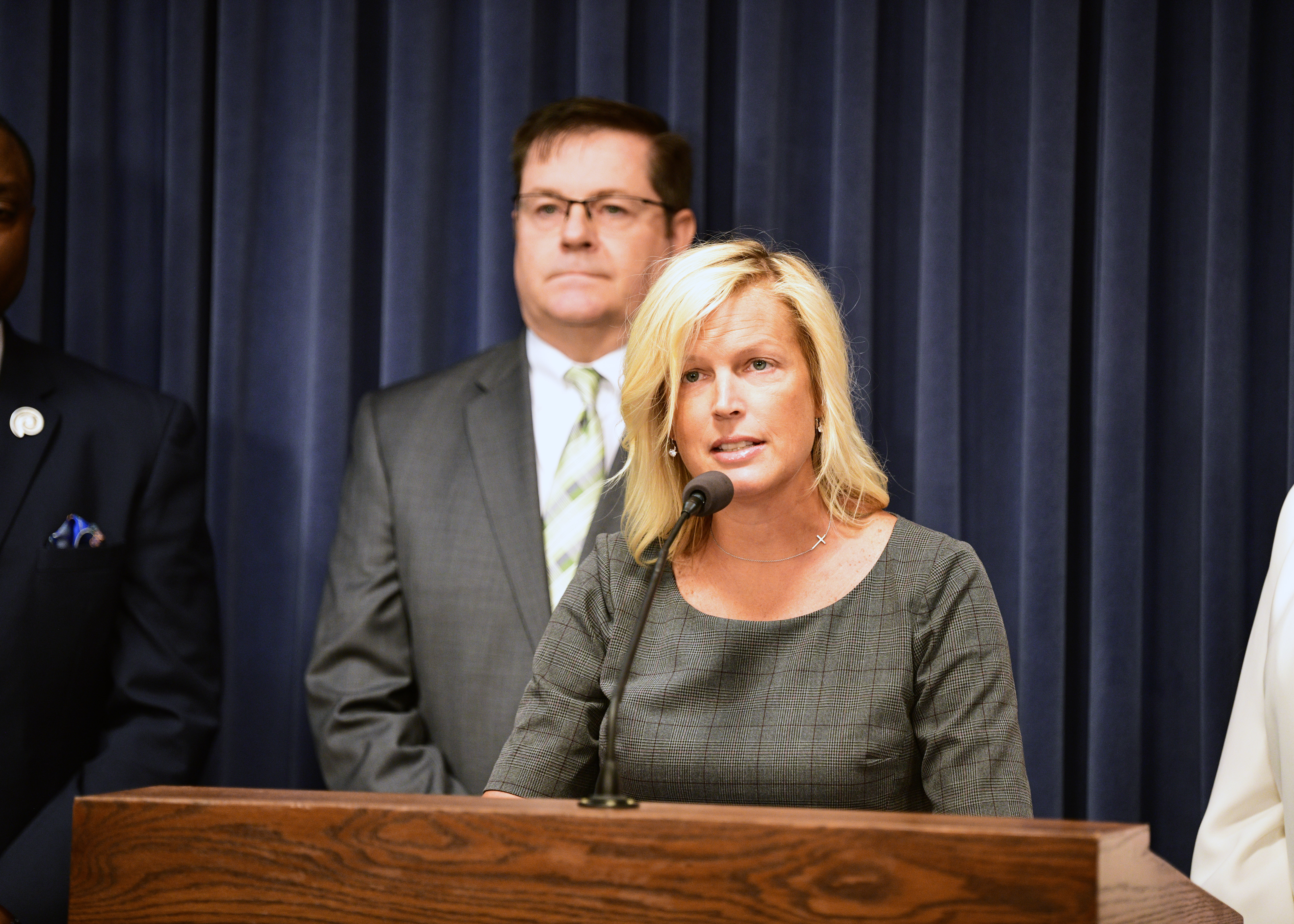 Following a day that saw both House Republican Leader Jim Durkin then Speaker Michael Madigan call for resignation of State Representative Luis Arroyo (D-Chicago) after news of federal bribery charges against Arroyo, Representative Tony McCombie followed through in filing a Special Investigating Committee Petition aimed at beginning the process of removing Arroyo from office in the Illinois House.

House Rule 91 was invoked in initiating a Special Investigating Committee, the first step in the process for House members to remove a duly elected fellow House Member from office.

“A current House member’s arrest on a federal bribery charge is a serious development that demands immediate creation of a Special Investigating Committee,” McCombie stated after filing her Petition, which requires the signature of three fellow legislators.  State Representatives Amy Grant and Blaine Wilhour, both Republican legislators, co-signed McCombie’s Petition.

The Petition was called for earlier in the day by Republican Leader Jim Durkin unless Arroyo resigned his office before the end of the day.  When that resignation did not occur, McCombie initiated the Petition to appoint a six member bipartisan Special Investigating Committee toward reprimanding their colleague.

Cited as background for filing her Petition was Arroyo’s arrest on October 25, 2019 on a federal bribery charge following an investigation by the Federal Bureau of Investigations (FBI).  According to the charge, Arroyo allegedly offered a $2,500 bribe to a current sitting State Senator in return for support of Sweepstakes legislation.  There was an expectation that this payment would be the first of a series of payments to the Senator in exchange for his vote.  The Senator, who worked as a cooperating witness for the FBI is also expected to be charged with filing false income tax returns and apparently wore a wire on behalf of the FBI in exchange for consideration on his own federal charges.

“Yesterday, I called for an Ethics Reform Task Force.  While our Press Conference was still ongoing, the news of this new scandal broke.  The time to end corruption in Illinois is now.  I urge my colleagues to co-sponsor House Joint Resolution 87 to initiate an Ethics Task Force while we go about the work of immediately starting to remove colleagues who are self-dealing,” Rep. McCombie continued.