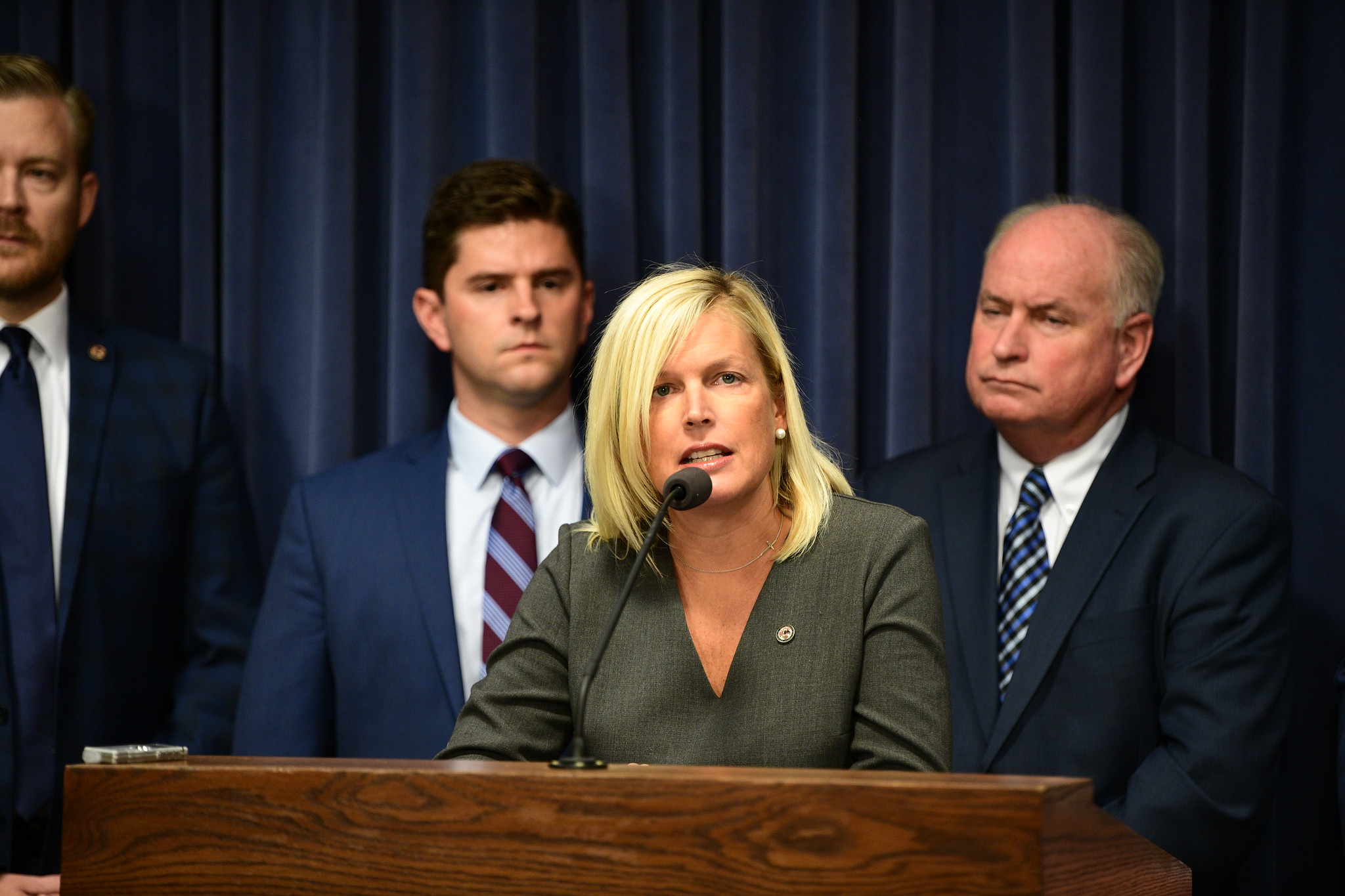 “Why does it appear that Governor JB Pritzker, Speaker Madigan and President Cullerton are attempting to slow-walk Ethics Reform during the Fall Veto Session despite recent corruption allegations that brought to light actions by their House and Senate members?” asked Rep. Tony McCombie (71st District- Savanna) from a Capitol Press Conference on Ethics Reform on Tuesday, November 12.

“These ethics reform bills are common sense, and a direct response to the wrongdoings we have learned from the current federal investigations,” House Republican Leader Jim Durkin said. “I am calling on the legislative leaders and the Governor to support these initiatives and begin moving them forward this week so they can become law.”

House Resolution 588 will allow a Chief Co-Sponsor of any bill with five co-sponsors from each party to call it for an up or down vote in a substantive committee.

House Bill 3947 would ban members of the General Assembly, their spouses, and immediate live-in family members from performing paid lobbying work with local government units. Currently, members of the Illinois General Assembly – state representatives and state senators – are prohibited from lobbying the State of Illinois, but are not prohibited from lobbying local government units, such as a counties or municipalities.

House Bill 3955 will create mandatory and publicly available documentation of General Assembly communications with any state agency regarding contracts.

Additionally, McCombie filed House Joint Resolution 87 to create the State Ethics Task Force two weeks ago in the leadup to the Fall Veto Session.  State Representatives Maurice West (D-Rockford), Stephanie Kifowit (D-Aurora) signed on as Chief Co-Sponsors and the resolution continues to garner bipartisan support, including from co-sponsors State Representatives Jonathan Carroll (D-Northbrook), Monica Bristow (D-Alton), Sue Scherer (D-Decatur) and dozens of Republican lawmakers.  Despite the bipartisan nature of this legislation, McCombie says the legislation is “unfortunately, unlikely to be called for a vote by the Speaker during the Fall Veto Session.”

“I implore our leaders to assign HJR 87 to tomorrow’s Executive Committee,” Rep. McCombie said on Tuesday.  “This is a way we can take long term action on the ethical issues we are facing here in Illinois.  Both short-term and long-term solutions are needed and they are needed now.”