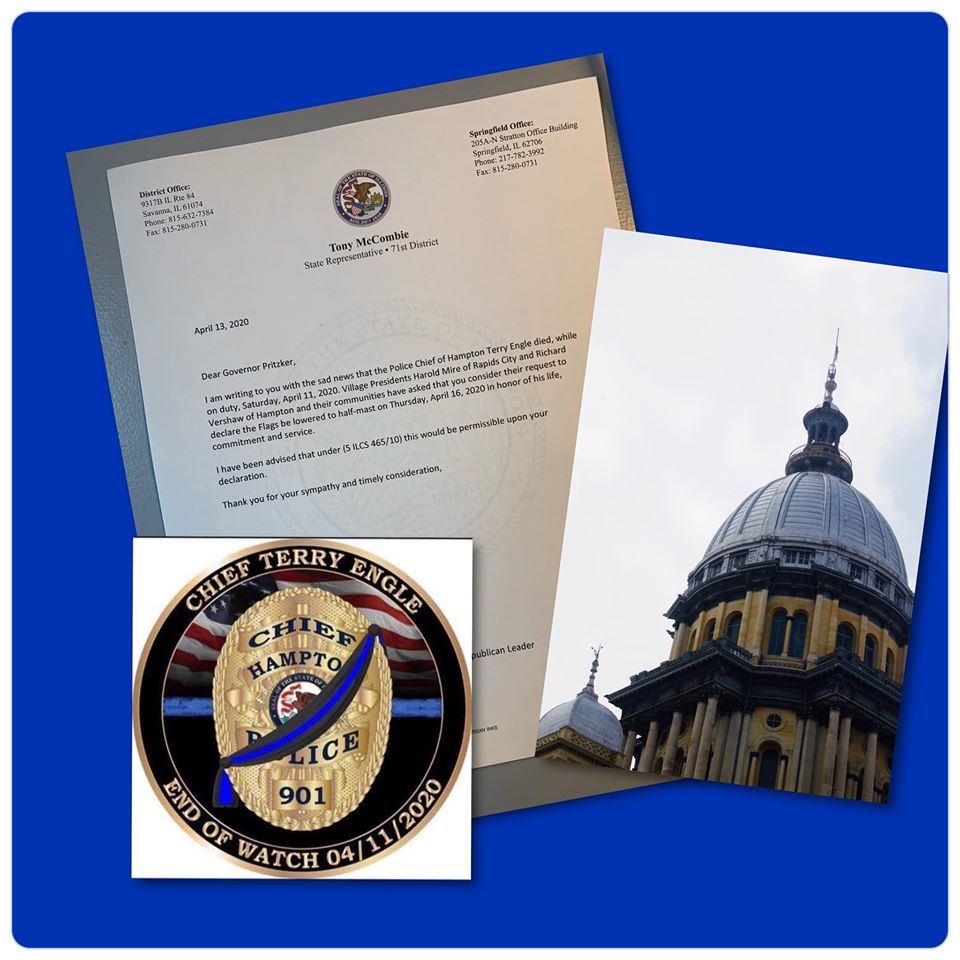 In honor and remembrance of Village of Hampton Police Chief Terry Engle, Governor Pritzker proclaimed flags across the state are to be at half-staff from sunrise, Friday April the 17th to sunset, Sunday April the 19th.

Village Presidents Vershaw and Mire requested and received the Governor’s Proclamation to honor Chief Engle. The flags were flown at half mast on April 16 at The State Capitol as first responders lined up to honor Chief Engle and his family during the funeral procession.