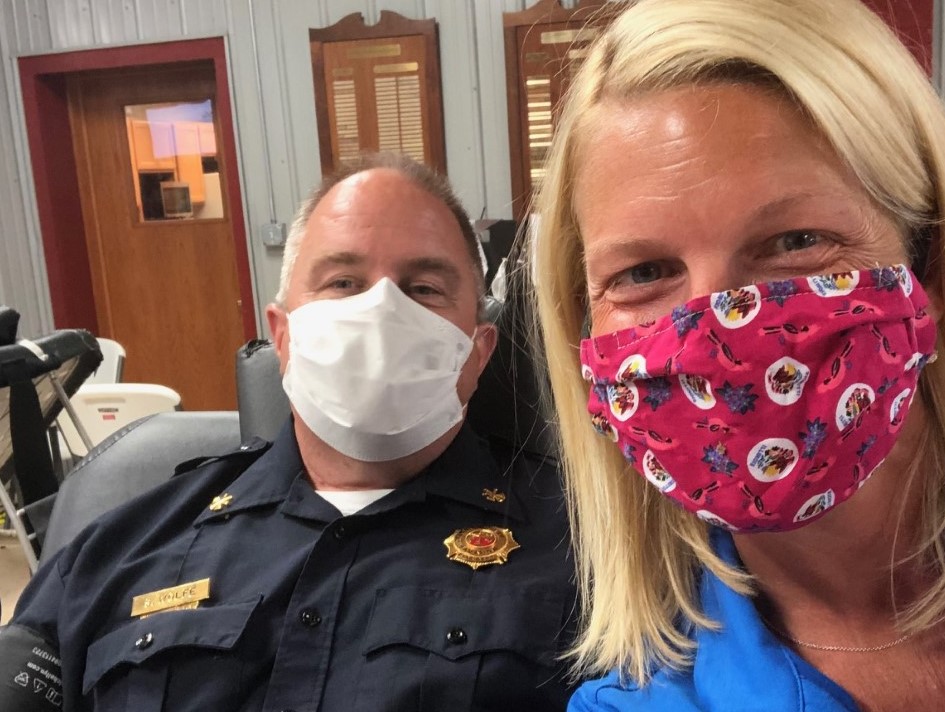 Surpassing their goal of collecting 27 blood units, the Blood Drive hosted by Rep. Tony McCombie and the City of Savanna at the Savanna Fire Department collected 39 units (35 of which are whole blood units and 4 of which are Power Red Units). The American Red Cross reported seven new blood donors and estimated 117 lives will be saved by the blood collected at this drive.

“Thank you to all of our donors and volunteers at this important mid-year blood drive,” said Rep. McCombie. “We are all so grateful for those who respond to the constant need for blood donations, but especially at such a critical time of need with blood drives cancelled throughout the country.”

DuPont and the Savanna Fire Department distributed free hand sanitizer at the event, filling containers for those needing a refill.

Rep. McCombie and the City of Savanna expect to again host their annual blood drive in December as well, but felt the addition of this mid-year collection effort could help contribute at a time of need.