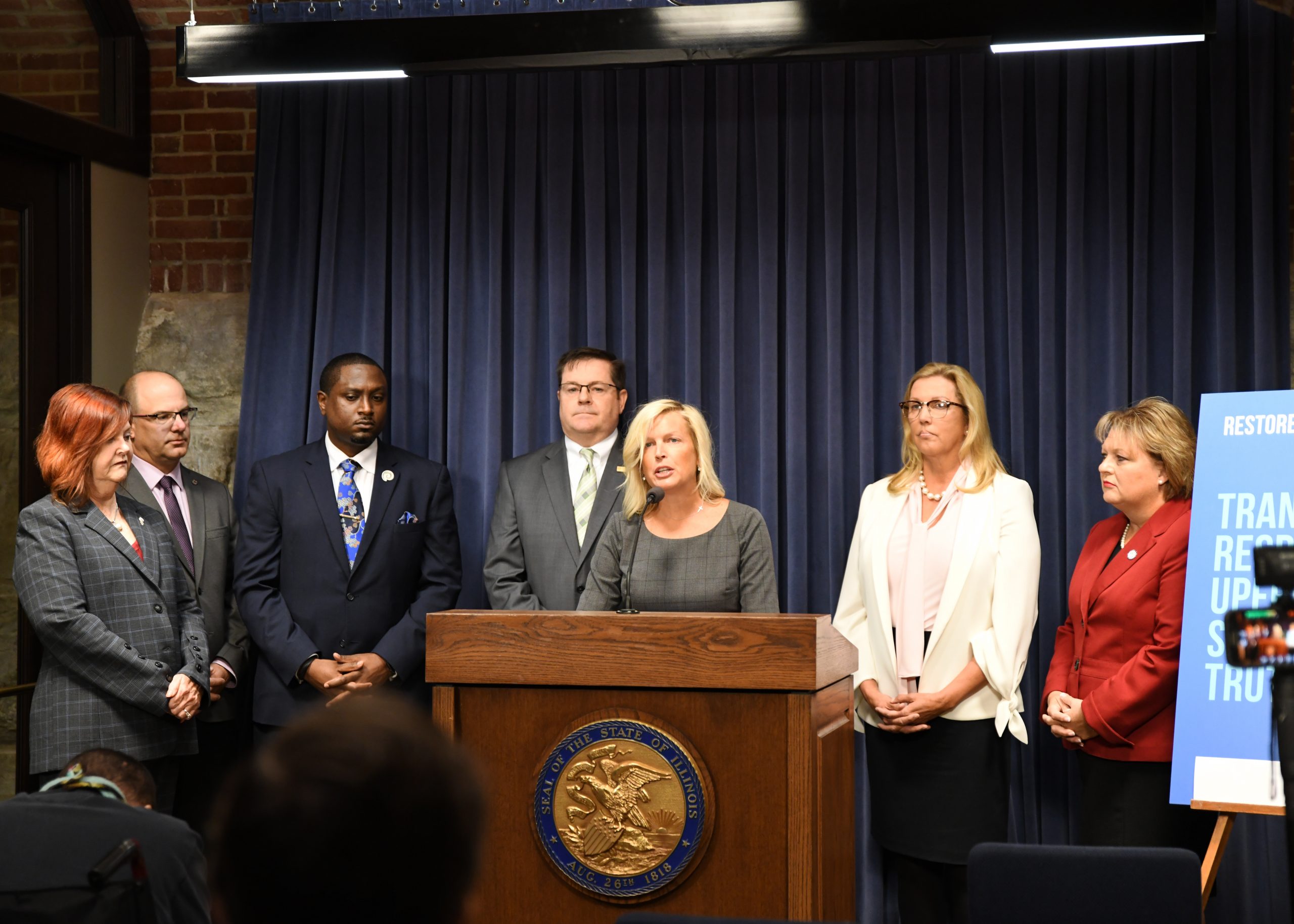 “By shutting down this committee, House Democrats are prioritizing corruption and gridlock over honesty, transparency and a much-needed transition of power,” said McCombie. “The Illinois House has been allowed to convene only one time in nine months. The majority party have abandoned their oversight responsibilities in what is the greatest Constitutional challenge in Illinois history.  All to protect their boss, Speaker Michael Madigan.”

“In a document dump to the Committee, e-mails and internal documents provided by Com-Ed made it clear that Speaker Michael Madigan directed and was intimately involved in the administration of an old-school patronage operation for over more than a decade,” said McCombie. “Then, the next action was for the Committee Chair to state this was a joke and blocked subpoenas to stop the investigation hearings cold. Let that sink in…”

Speaker Michael Madigan is being defended by a majority of the House Democrat caucus, but not enough to secure re-election as Speaker. Much of the support for Speaker Madigan comes from downstate democrats, some of whom are lobbying their fellow caucus members to continue to support the Speaker.