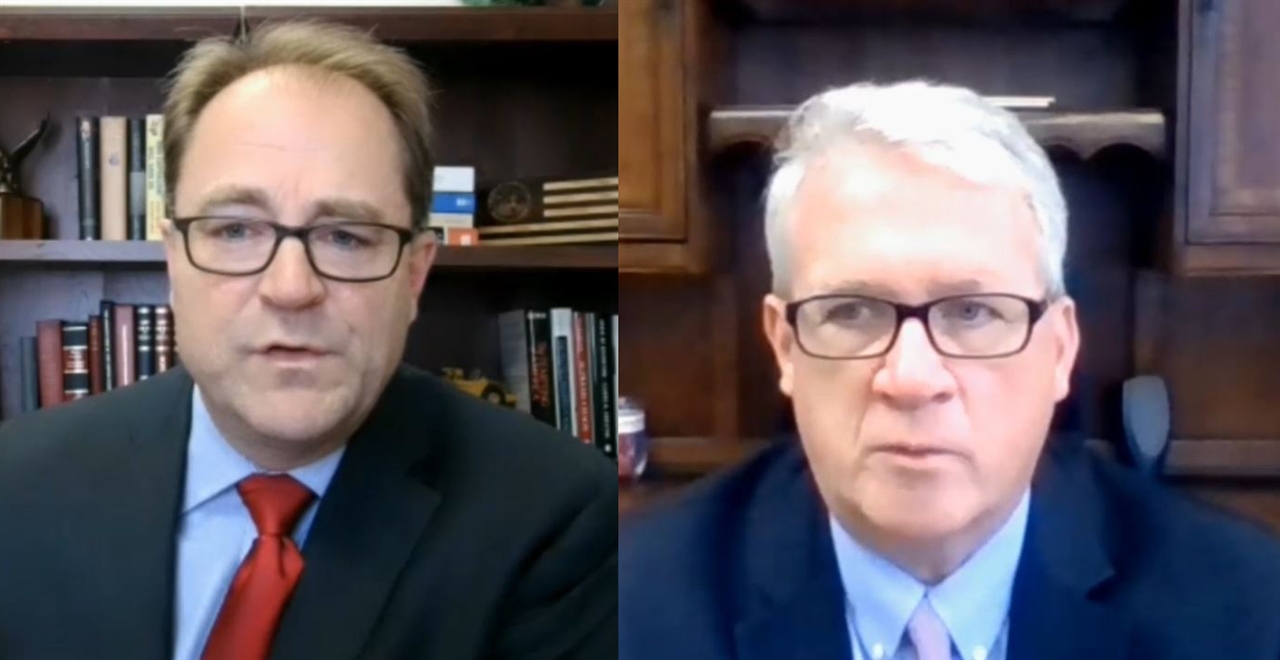 Illinois House Republican Leader Jim Durkin and Illinois Senate Republican Leader Dan McConchie filed a lawsuit today in federal court to challenge the legislative maps drawn and passed by Illinois Democrats in the General Assembly and signed into law by Governor JB Pritzker. The lawsuit is being filed against Illinois House Speaker Emanuel Chris Welch (in his official capacity), Illinois Senate President Don Harmon (in his official capacity), the offices of the Speaker of the House and the Senate President, and the Illinois State Board of Elections and its members (in their official capacities).

“Today’s filing should come as no surprise to Illinoisans. The partisan process upon which the legislative maps were drawn flies in the face of the strong recommendations made by countless advocacy groups and citizens who testified at the redistricting hearings,” Leader Durkin said. “The tone deaf Democratic party of Illinois has robbed citizens of a fair and transparent legislative map-making process, and I plan to be a conduit for Illinois citizens who demand honesty by ensuring they also have their day in court.”

The lawsuit argues that the use of American Community Survey (ACS) estimates violates the federal law, including well established “one-person, one-vote” principles under the U.S. Constitution. More than 50 good government and community advocacy organizations and leaders implored the General Assembly to wait for the release of official census counts, which are expected by August 16, 2021. The use of ACS estimates will undercount minority, rural and growing communities and will result in a population disparity between districts that exceeds what federal law allows. Even the U.S. Census Bureau has said that ACS estimates are not appropriate for drawing legislative boundaries.

“Today we are entering court on behalf of the thousands of families, small business owners, workers, and taxpayers who said they wanted an independently drawn map, not the one handed down by political insiders desperately clinging to power,” said Illinois Senate Republican Leader Dan McConchie. “We believe this is our best option to advocate for the 75 percent of voters who were refused an independent process and a map created with accurate data. More than 50 independent groups asked the legislature not to use American Community Survey sampling estimates, and instead wait for the actual Census counts to be released, but the politicians in power ignored them. ACS estimates have never before been used for redistricting in Illinois, and we plan to challenge the legitimacy of these maps to the fullest extent of the law.”

The lawsuit requests that the court declare the Democrats’ plan to be unconstitutional, invalid, and void ab initio. The lawsuit also requests that the court direct Speaker Welch and President Harmon to make their appointments to the Illinois Legislative Redistricting Commission as required by the Illinois Constitution. That commission has been used in every redistricting cycle but one since the constitution’s adoption in 1970. Leaders Durkin and McConchie will make their appointments soon and have pledged to work with those commissioners and the Democratic Leaders to adopt a transparent, bipartisan and independent process for drawing and approving a legislative map after the release of official census data in August.