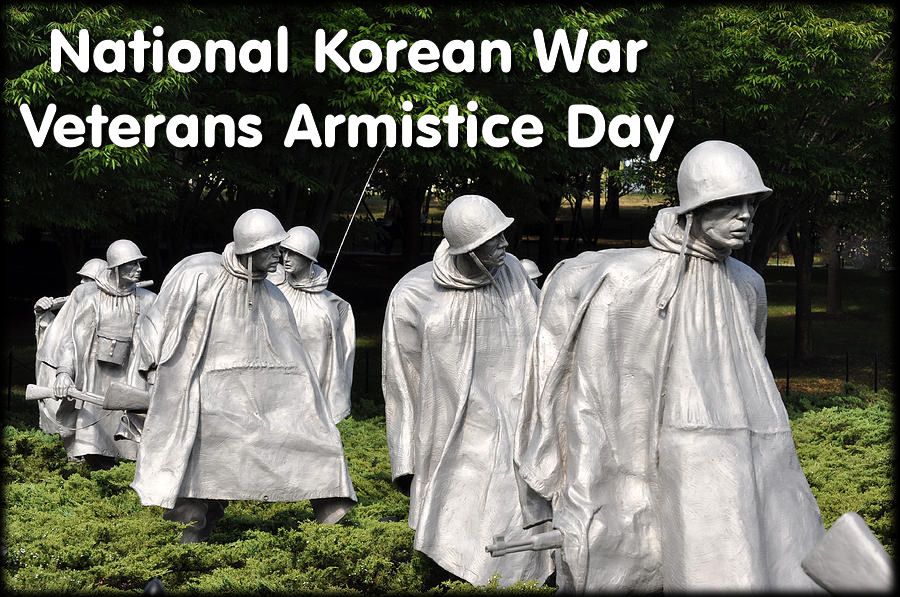 The Korean War began on June 25, 1950, with the North Korean army’s invasion of South Korea. On July 27, 1953, the Korean Armistice Agreement was signed ending the war, now officially recognized as Armistice Day. At 10 a.m. that day, in Panmunjom, 18 official copies of the tri-language Korean Armistice Agreement were signed. The signing of the agreement marked the end of the longest negotiated armistice in history with 158 meetings spread over two years and 17 days. Source: U.S. Dept. of Defense

In recognition of National Korean War Veterans Armistice Day, the American Flag is to be flown at half-staff until sunset.