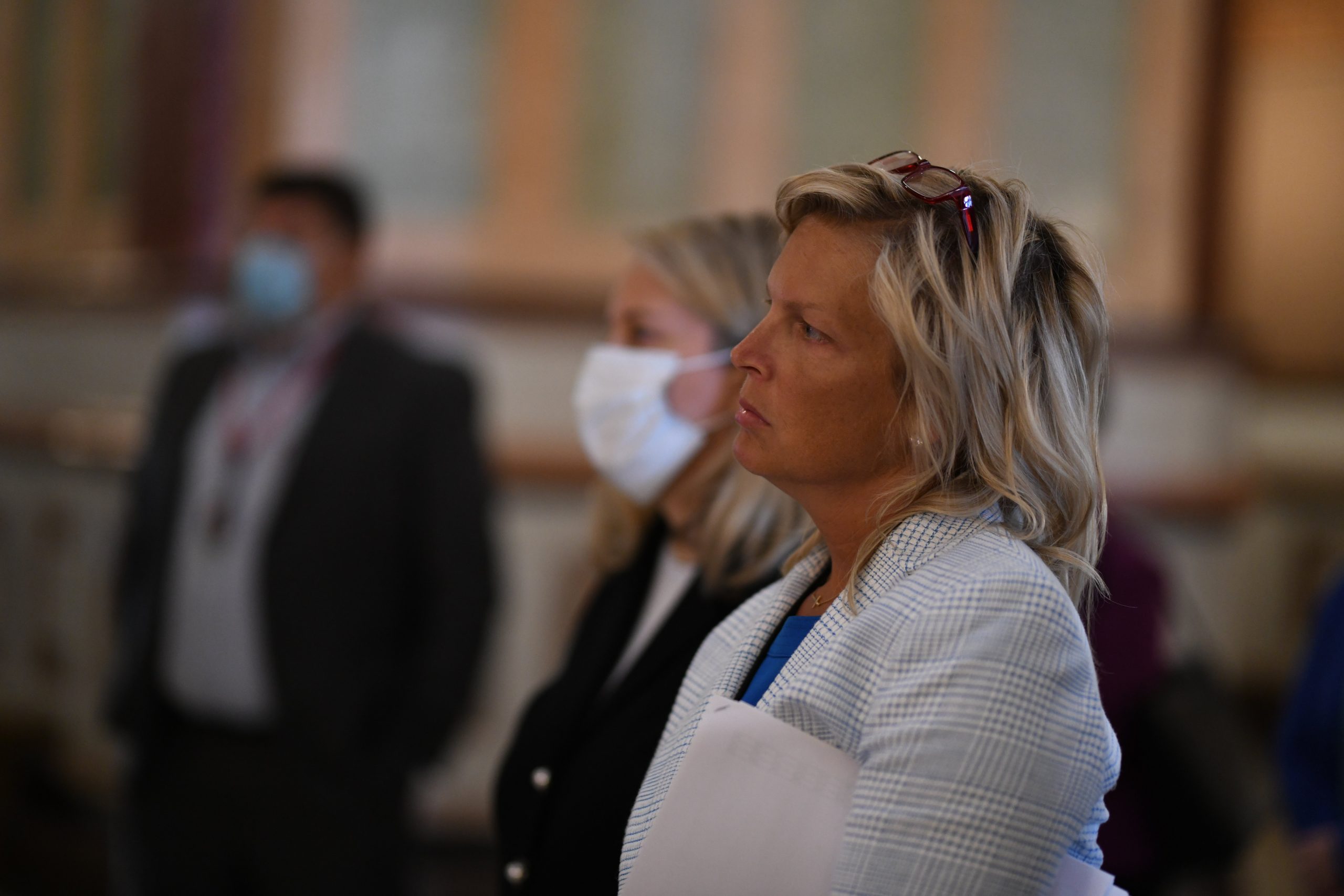 “Domestic violence prevention advocates and law enforcement want to coordinate a more comprehensive review of domestic homicides so recommendations can be compiled, reported and put forward with the goal of changing this outcome for victims of domestic violence,” said Rep. McCombie in explaining the need for the Commission.

Rep. McCombie was a cosponsor of the legislation creating the Commission, enacted as Public Act 102-520, which passed the Illinois House and Senate unanimously before being signed into law late Summer by the Governor. The City of Rockford, as well as numerous domestic violence prevention, victim advocacy and behavioral health organizations, and the Illinois Association of Chiefs of Police backed the bill as a needed step to create strong recommendations.

No stranger to advocacy for victims of domestic violence, McCombie, a member of the House Judiciary- Criminal Law Committee, led the charge to change state law to protect state employees responding to reports of domestic violence. Her advocacy kept at forefront the brutal murder of DCFS caseworker Pam Knight, who was responding to a report of domestic abuse against a child only to be beaten herself and ultimately murdered by the child’s abuser, Andrew Sucher.

“The victims are not alone in suffering the negative outcomes created by their abusers,” said McCombie. “Our law enforcement, child welfare, public safety and public health officials understand these negative outcomes go well beyond the walls of the homes in which victims are abused. I take seriously the task of putting in the hard work to review these cases to help create recommendations and strategies to bring about better results for abuse victims and our communities.”