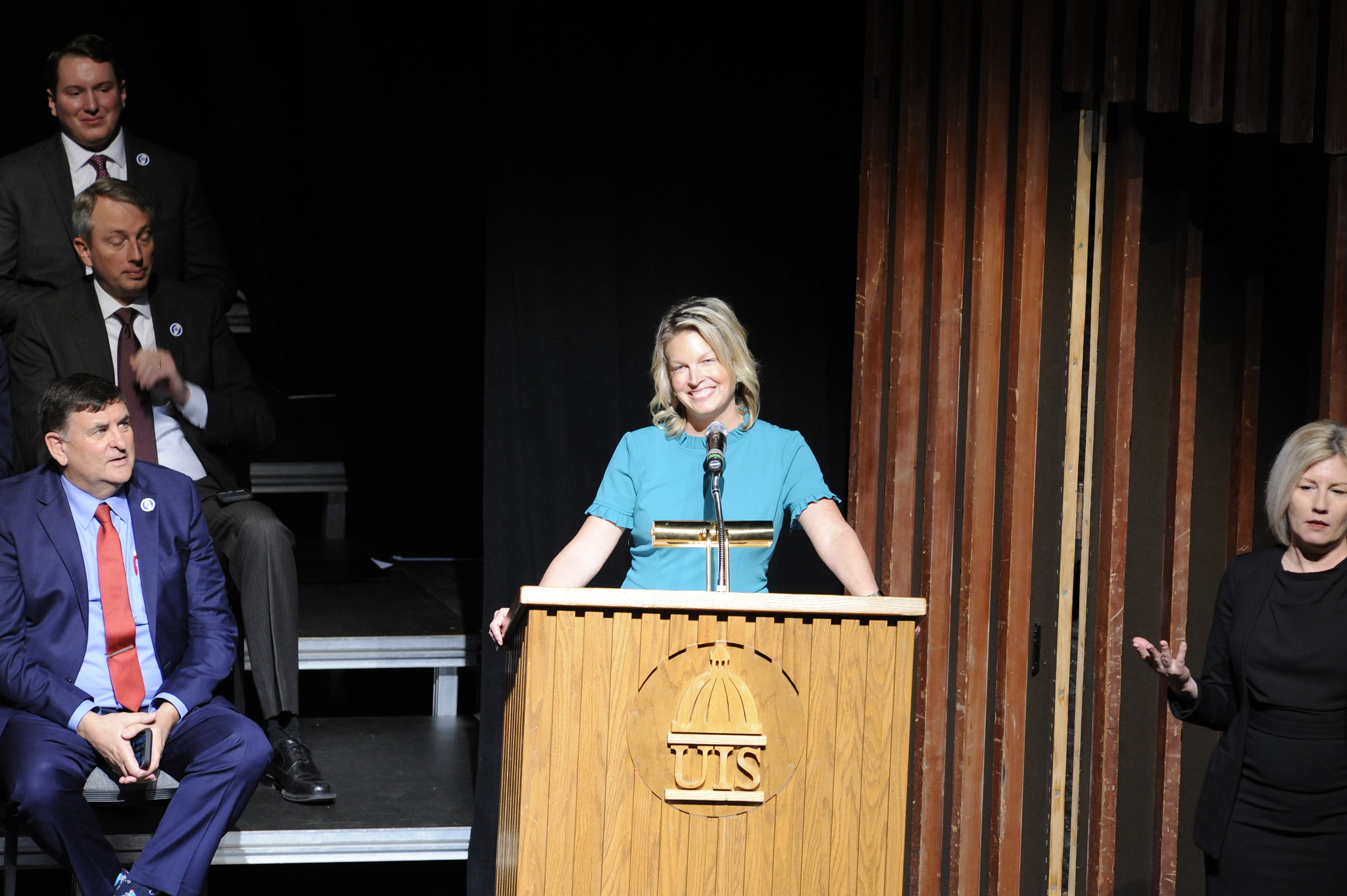 State Representative Tony McCombie was sworn into a fourth term in the Illinois House of Representatives on Wednesday, officially taking the reins as House Republican Leader.

“It is a sincere and heartfelt honor to be given the responsibility to restore balance to our system of checks and balances in Illinois,” said Leader McCombie.

McCombie is the first woman to serve as House Republican Leader in Illinois. McCombie has focused her work in Springfield on job creation, property tax relief, and improved government accountability.

“During the recent lame-duck session, House Republicans stood against pay hikes for politicians, fought vast overspending, and worked passionately against restrictions on the Constitutional rights and freedoms of law-abiding Illinoisans. I am extraordinarily proud to lead this caucus,” McCombie continued.

The House of Representatives of the new 103rd General Assembly is comprised of 78 Democrats and 40 Republicans. Representative Emanuel “Chris” Welch of Cook County was re-elected Speaker of the House for another two-year term.